Saturday morning we needed jackets as we took our camping gear to The Highlands with the top down and doors off the Jeep. On the way, a grey fox stepped out of the cornfield, stared at us and then loped back into the woods. After meeting our friends for breakfast and decorating ourselves with "Growing Wild for Conservation" tattoos, we loaded up two kayaks, one Rob Roy (Steve built it) and two solo canoes and headed north to paddle Pigeon River. 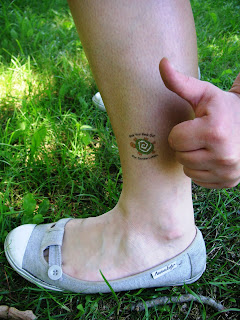 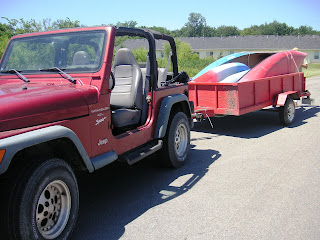 We put in at the bridge by Highway 327. The water was cold and the current was strong. Tammy, Stephanie and I used our paddles only to guide us, but we suspect Steve and Brian used their paddles to paddle backwards as we outdistanced them. 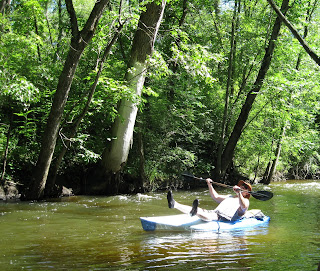 We pulled over at the first bridge to wait for them as there is a little rapids over an old dam. After "wheeeing" over the dam, we exited our boats and body surfed in the water. You can see Stephanie at the far left of the first picture, which I took when she first jumped in the fast water. 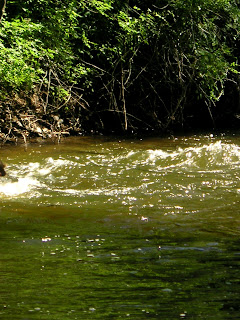 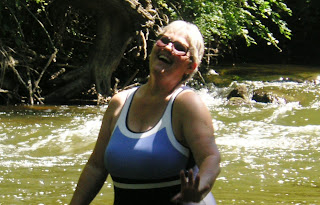 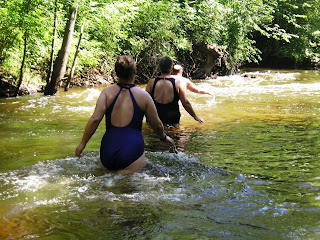 These photos show the brushy area where we tied off. Brian grabbed a dark branch to steady himself and it moved quickly into the water. The snake headed straight for Stephanie and tried to get in the Rob Roy. Just a little shriek was heard above the roar of the water. 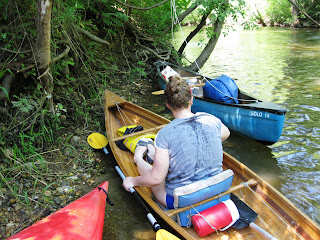 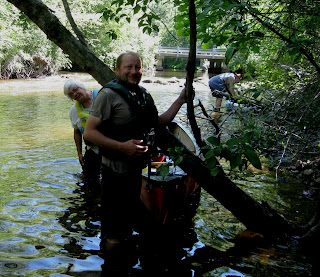 The next section took us deeper into the woods. The shade was welcome and the dappled river bottom mesmerized me. In the sunny patches, swamp milkweed and pink roses were in bloom. We had a picnic lunch creekside and then tackled the last stretch. Again, the girls outdistanced the guys. So we stood on the bridge, drying off, and played with our shadows, until the guys rounded the bend. 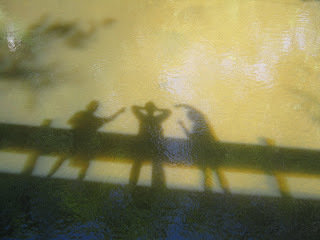 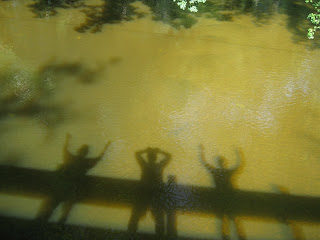 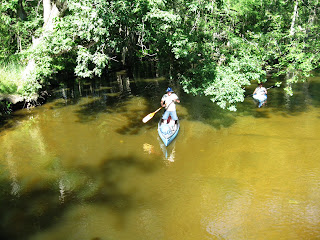 Back at The Highlands, my brother had already started a fire, so we set up camp, cooked dinner, and played with Sampson. 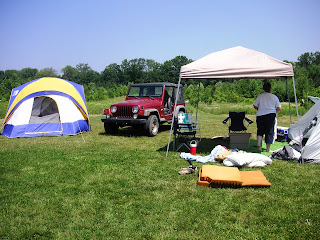 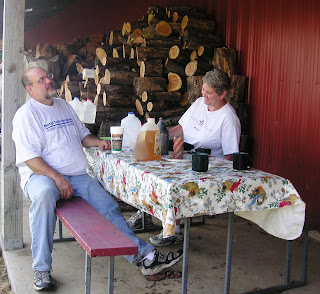 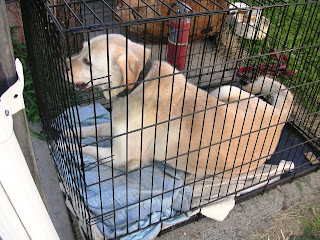 As night fell, we sat around the campfire star gazing followed by a midnight walk through the woods down to the river. The night was clear and the stars were bright. We saw Draco the dragon stretching over the barn, the binary star in the Big Dipper, satellites, and shooting stars.

It was a lazy Sunday due to the heat. Our children came to visit and left. Then Steve, Brian, John, Anna and I took the river boat to watch the Leo-Cedarville fireworks from the water. I caught the setting sun but have no fireworks pictures. I put my camera away to participate rather than just observe. It was a long dark trip back to the property as we kept close watch for logjams, floating logs, and the river channel. 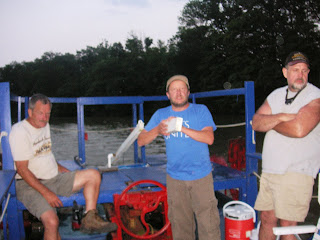 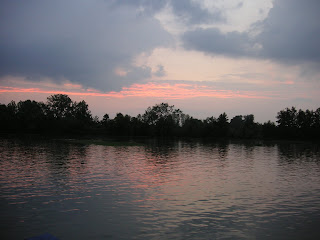 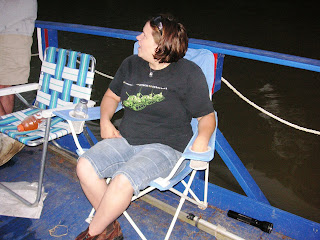 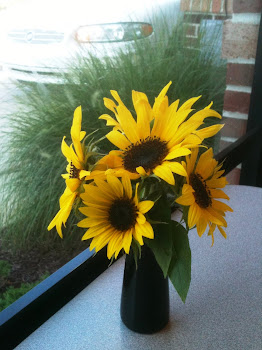